Community Champion Brightens up the Neighbourhood

Community Champion Brightens up the Neighbourhood 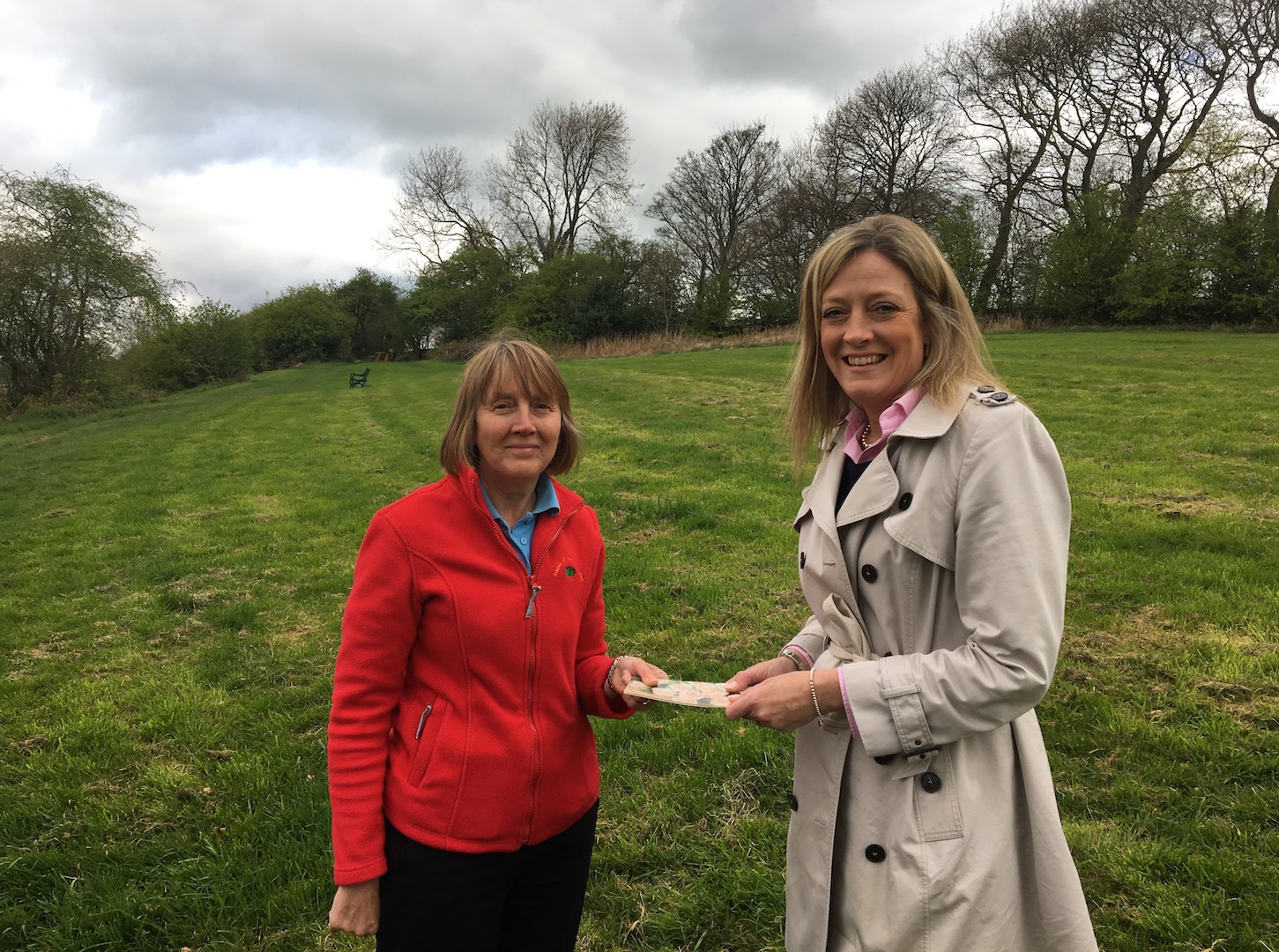 We were totally delighted by the response we had from the launch of our Community Champion Scheme, set to recognise those in our neighbourhoods who go the extra mile, and it’s fantastic that this month’s is a nomination from a community member.

Guiseley resident of 38 years, Chris Parapia, has been nominated by Nicola Denson.

After Chris’ retirement in 2010 after over 37 years as a social worker, sitting back and relaxing was not an option! It was after taking up regular local walks that she was shocked to witness the state of Parkinson’s Park, a place of relaxation and beauty on the Chevin, which was full of rubbish with grass near to waist height. Not one to hang around, she hit the shops later that day and they had a sign saying they had an environmental grant available. The availability of the grant ended that day and, amazingly, having filled in the forms, she received £50! Spurred on by this she got together a group of 19 people and began clearing the park.

Fast forward and now Chris is the Chairlady of ‘The Friends of Parkinson’s Park’ which has recently become the first local Community Interest Company. Since she has been involved, the group has planted a community orchard, wildflower areas, erected benches, organised a children’s gala and really want the wider community-schools and local groups to use the park.

Sadly, there has recently been a spate of anti-social behaviour at the park so a ‘ParkWatch’ initiative has been launched to encourage local residents to keep an eye out for any acts of vandalism and improper use of the park and report them and also to encourage more people to get involved in projects to improve the space.

A definite outdoorsy person, Chris is happiest when she is out in the fresh air gardening and is a huge fan of the local area and loves it for the brilliant amenities- rail, schools, shops, surrounding countryside and the lovely people she has met.

Chris has always been a busy lady and is also the proud Chair of the ‘Aireborough Supported Activities Scheme’ which organises short breaks for children with disabilities with their parents.

On being told the news of her nomination Chris said “Helping people has always been the biggest part of my career and now it is my passion”.

Lisa was absolutely thrilled to honour her – “Chris is certainly a lady of action – she has been fundamental in ensuring the local beauty spot of Parkinson’s Park is restored for all the community to enjoy for a long time to come- Well done Chris, this award is richly deserved!”

Know a local hero? Get in touch with us to nominate them for our next community champion – we love hearing your stories.

If you want to help protect Parkinson’s Park or would like any further information then visit parkinsonspark.co.uk, visit their facebook page or email parkinsonspark@gmail.com

DEVONIADevonia is a stunning THREE BEDROOM DETACHED house has been completely RENOVATED by the current owners, and it is clear they have a keen eye for design and a refined style. The kitchen has been completely refurbished to a very high standard, w...

Wow Wow Wow, this is something special, truly unique and simply gorgeous!!Red House was built in 1877, formerly one of Menston’s grandest houses, now converted into two apartments, none of its grandeur has been lost....

This very stylish second floor apartment is located on the popular Chevin Park development at Menston. With two double bedrooms, two bathrooms and a large open plan living area which is bathed in light from numerous windows, this property really need...

Searching for an easy to care for, bright, TWO BEDROOM apartment with a super OPEN PLAN, living, kitchen, dining room, BRILLIANT TRANSPORT LINKS to Leeds (20 minutes by train) and Bradford, but with the countryside on your doorstep, then perhaps you ...

This contemporary four bedroom townhouse, with south facing courtyard is in impeccable condition throughout. With plenty of internal space without too much garden maintenance required, this property is a must see!...

This smart four bedroom property is situated in the heart of Menston. With a master bedroom with ensuite, a fantastic open plan lounge/dining room, fabulous kitchen, downstairs cloakroom, off street parking, and a garage, it ticks a lot of boxes, and...

This is a beautiful three bedroom home with downstairs study/office with Victorian proportions, full of light and character, set in fabulous grounds. Living here is a way of life, the perfect combination of convenience and countryside....

This 200 year old exquisite cottage is simply enchanting, its current owner really has made it a haven, the perfect antidote to a busy life. Totally impeccable both inside and out, it isn’t just about the accommodation on offer, but about the sound...

Search for your new home

Vote for us now